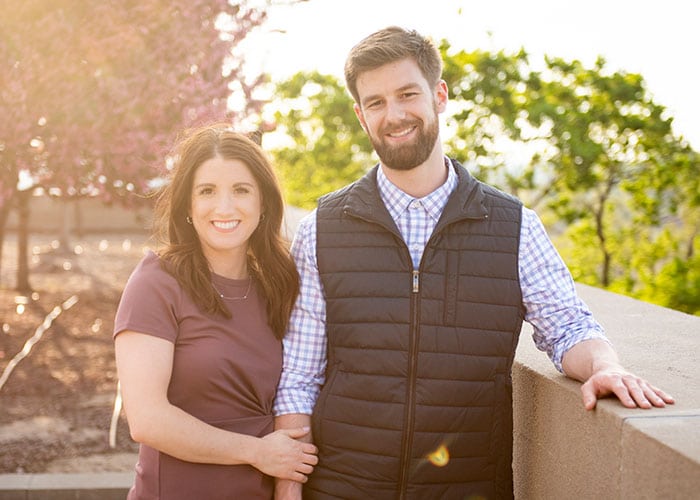 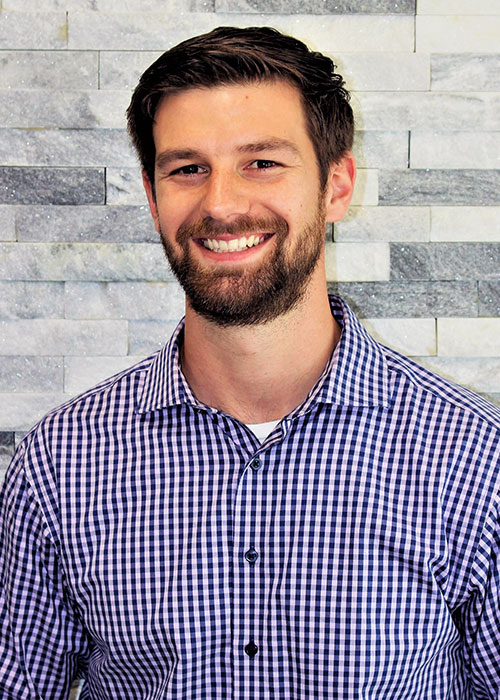 Dr. Zach was born and raised in Manhattan, KS. Growing up he was very active in sports, playing baseball, basketball, and football. He later went on to play college basketball at Cowley County Community College and then Friends University in Wichita, KS. His first experience with chiropractors started in middle school for frequent headaches, low back pain, and bouts of shortness of breath and asthma.

Later, when Dr. Zach was in college he had debilitating low back pain and sciatic nerve pain which prevented him from doing any form of practice or workouts. He was told that it should go away on its own if he stopped working out and took ibuprofen. Unfortunately, it did not go away, so he decided to see a chiropractor. Under care, his low back pain, and sciatic nerve pain resolved which allowed him to participate in workouts, and practices again, and his team went on to have the best season recorded in school history!

These visits peaked his interest in the profession, but he still was never explained how the adjustment affected his body. It wasn’t until Dr. Zach was in Pre-Physician Assistant undergrad program at Wichita State that a chiropractor came to speak about the importance of spinal health, the intimate relationship it holds with the nervous system and how that pertains to health and wellness. After that class Dr. Zach immediately called his family, told them that he wanted to become a Chiropractor. Later, Dr. Zach graduated Magna Cum Laude from Cleveland Chiropractic College, where he also won the Clinical Excellence award for the care he provided in the Outpatient Center.

Dr. Zach specializes in Neurologically-based Chiropractic care. He holds Advance Certified Proficient in Torque Release Technique credential; which is a gentle, specific, results-driven technique. He also holds Webster Technique certification, which is specific for pregnant women. He is a member of the International Chiropractic Pediatric Association, and specializes in providing care for pediatric patients!

Dr. Zach is thrilled to open his own practice and have the ability to provide life-changing care and information to the community. He believes it is a huge disservice to anyone who does not know why they should get adjusted, or how it affects the body. He is very passionate about Chiropractic care and loves serving his community.

Meagan was born in Jacksonville, Fl and was raised in Wichita, KS. She and her family moved to Kansas once her dad retired from the Navy. Growing up she was very active in soccer, volleyball, basketball, and water sports. She later on went to play soccer in college at Tabor College and Friends University, which is where she met Dr. Zach!

In undergrad Meagan studied biology and learned about anatomy, physiology and the human body. When Dr. Zach first started attending classes in chiropractic school, it really peaked her interest because she always loved learning about human anatomy, physiology, and brain health in school. Growing up active and healthy, Meagan never had any prior experience with chiropractic and thought it was only for those who experienced headaches, neck pain, or back pain. After learning more about the benefits of chiropractic care while Dr. Zach was in school, she learned that she needed to start care in order for her to be optimally healthy.

When Dr. Zach mentioned the idea of opening a chiropractic office, Meagan was eager to get started on it! She is beyond excited to share the benefits of Chiropractic care and bring family-centered, neurologically-based chiropractic care to the surrounding Merriam, KS communities through Vita Chiropractic.